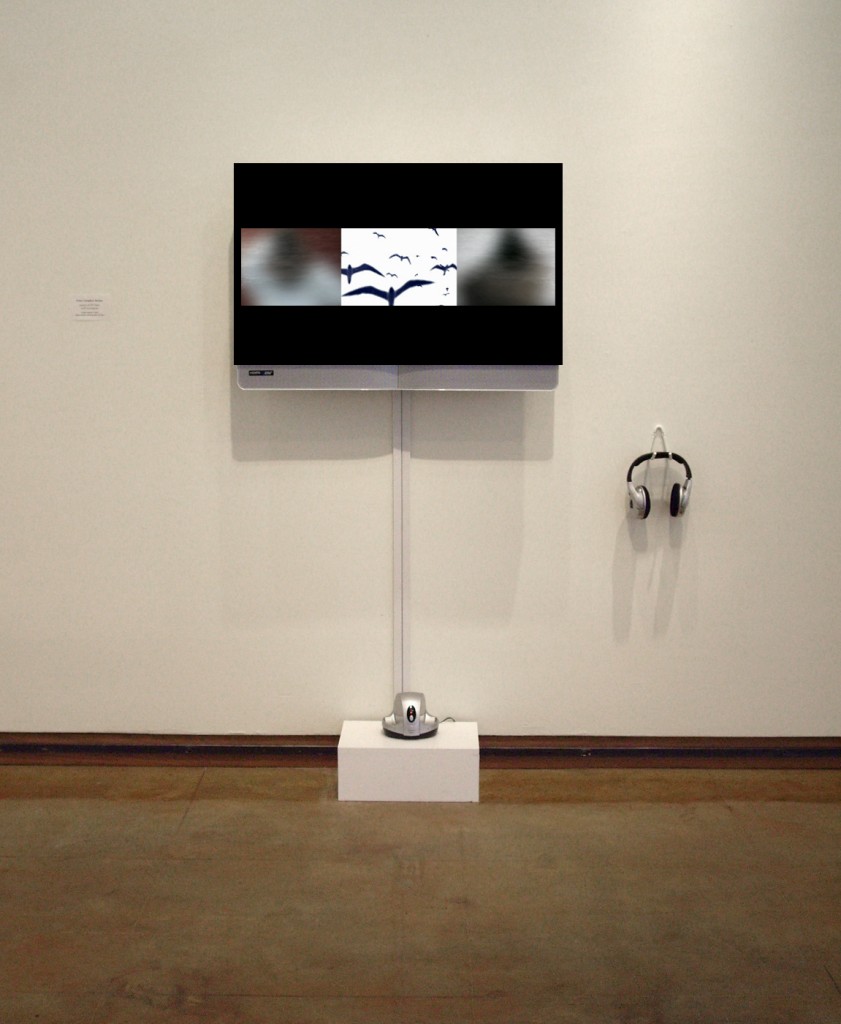 patriot ACTS consists of three combined videos that are intended to speak metaphorically about the power that the individual has in the face of immense restrictions on personal liberty. Specifically, the every day person, regardless of ethnicity, religion, or border, who has no exacting power but are affected by the powerful. This sense of civil disobedience and protest by the individual can be seen throughout the world today in movements like the Arab Spring and Occupy Wall Street.

Within this piece, on the left and right are two videos that reference figures in the act of shaving one’s head. Depending on the historical context, this act has various meanings including hygiene, punishment, indoctrination, submission, empowerment, solidarity, and humility. The performative act of this piece is intended to reference an individual’s ability to dissent or act in protest. In the middle section of this video, the viewer observes birds in flight. Starting with just one bird, by the end of the video, the viewer is confronted with hundreds of birds flying in the screen. The bird, metaphorically, can be viewed as either a hostile object, much in the same way the term “Bird” is used by the military to refer to a Missile or a Fighter-Jet or it may be viewed as the psychological phenomena known as “Group-Think” which occurs within groups of people that prevent them from critical evaluation of alternative ideas or viewpoints to a given problem.

A subtle component to the piece plays with notions reinforced by the media that all “Brown-Skinned” people are terrorists or the enemy. This message is portrayed daily in conservative news and in numerous Hollywood blockbusters. As a person of color, I hope to directly question these preconceived notions by using myself in the video. Does the viewer perceive the figure in the video as Protagonist or Antagonist? Why?

The audio component is an original musical score that was created for this piece in collaboration with Composer Joel Love.