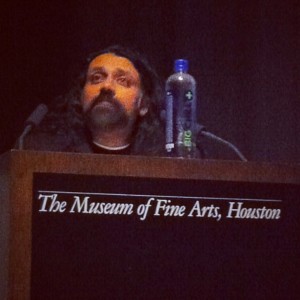 Prince Varughese Thomas is an Indian immigrant, born in Kuwait, partly raised in India, and naturalized in the United States.  Code switching between communities has been a consistent aspect of his life that has allowed him to recognize and explore various aspects of society through his Art.  The act of code switching allows Thomas to seamlessly move between various distinct subjects that may seemingly look unrelated but are all connected to a larger cultural investigation that in totality sheds light on the whole.  Because of his unique vantage point from his multicultural background, his interests lie in observing, questioning, and exploring accepted structures, beliefs, and values within a culture.  He investigates these subjects from the interstices informed by his ethnicity and facing racial prejudice throughout his life.  This experience through his formative years to adulthood has directly affected how he looks at society with open eyes and attempts to investigate places that he finds worthy of exploration and critique to raise larger questions through his art.

As an immigrant, he is interested in investigating those places in culture where we place value.  What we value or what we as a culture choose to spend time with says a lot about who we are as a people for good or bad. This type of investigation, mediated through his multi-cultural experience, runs through all his various bodies of work. With an educational background and degrees in both Psychology and Art, Thomas deconstructs complex issues in personally expressive ways that humanize his subjects while incorporating a variety of photographic, video, drawing, and installation techniques into his artwork. The various projects Thomas investigates collectively speak to the American & Global Experience through an array of themes including:  Identity, Designer Pharmaceutical Drugs, War, News & Journalism, Grief & Mourning, Politics, and Social Media.  His artwork has been characterized as poetic moments captured in chaotic worlds.

“My work speaks to the times in which I live.”  — Prince Varughese Thomas 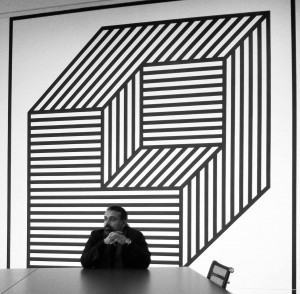