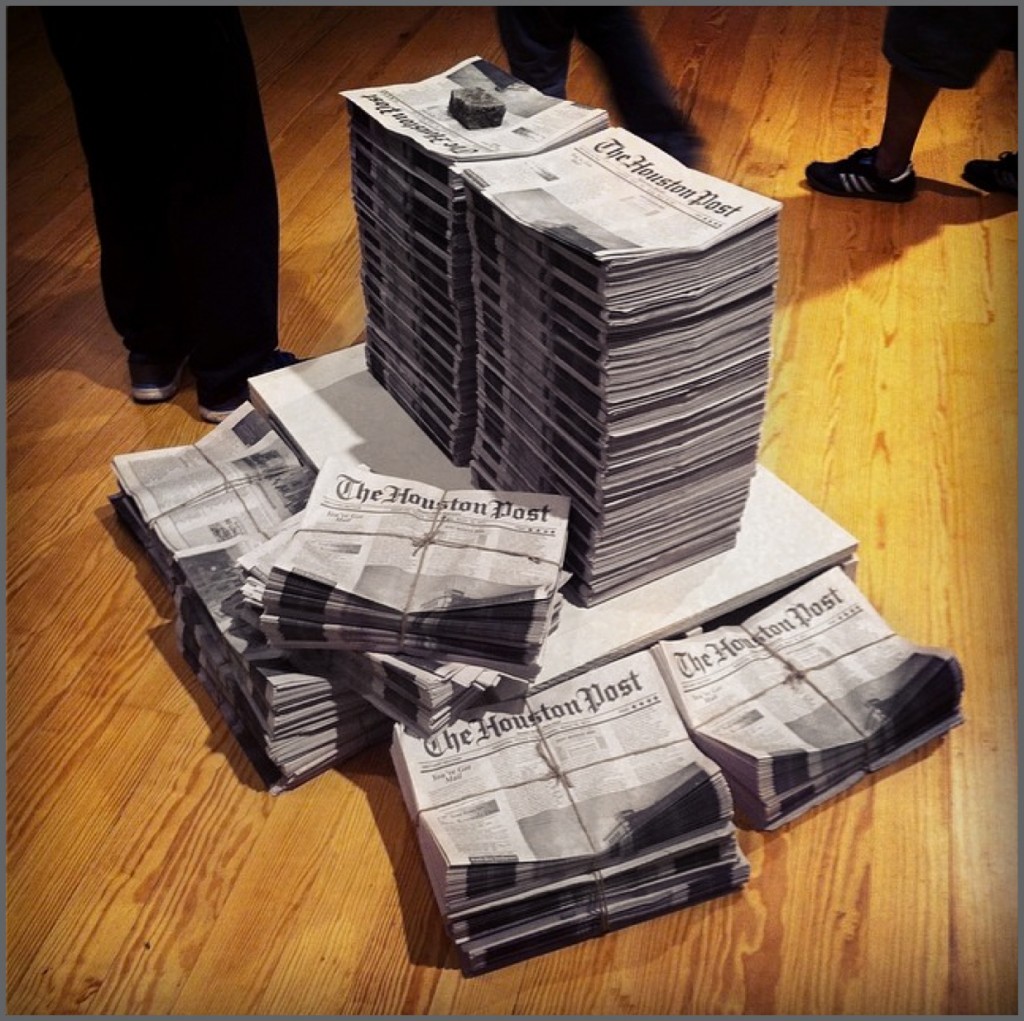 Obituary serves as a memorial to the daily newspaper. It consists of stacks of papers that resemble standard newspapers on a wooden palette. This faux newspaper memorializes notable newspapers among the thousands that have gone out of business since 1969 when ARPANET, the precursor to what we now know as the Internet, was created in the United States. The masthead or nameplate, The Houston Post, printed on each paper is a defunct daily newspaper from Houston, Texas of which I was a subscriber. Positive or negative, the loss of the daily paper and the consolidation of news sources affect all of us in our daily lives. Referencing Felix Gonzales-Torres’ work Death by Gun, this piece is free for viewers to take away with them. 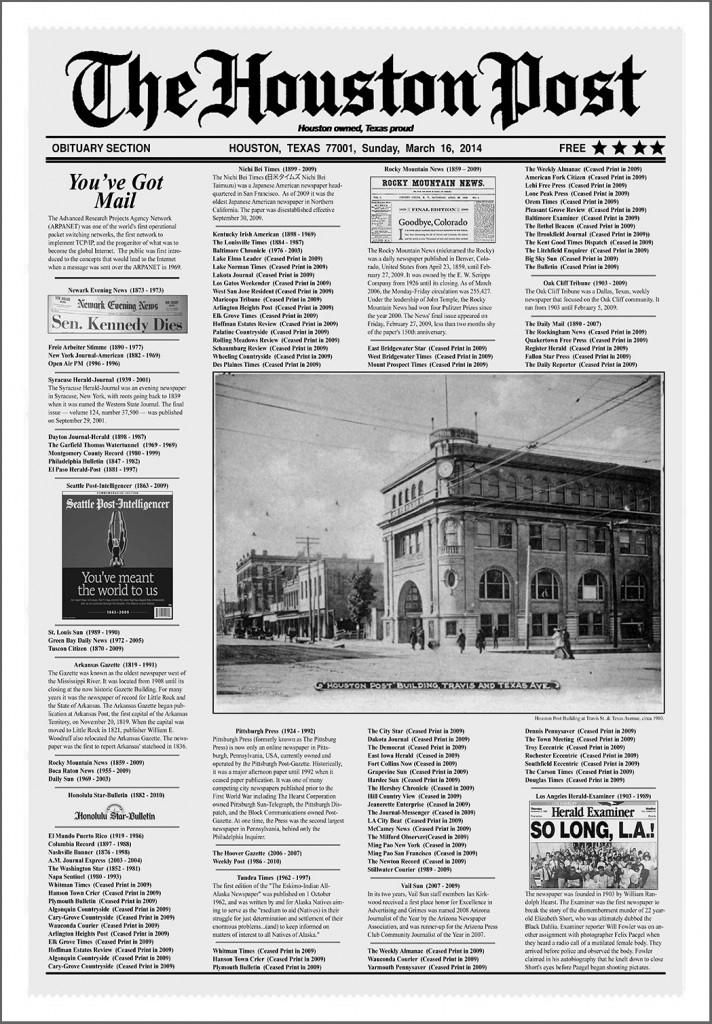 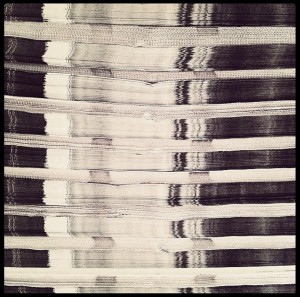 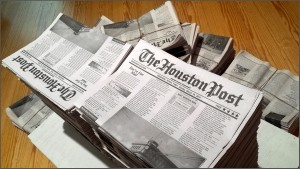 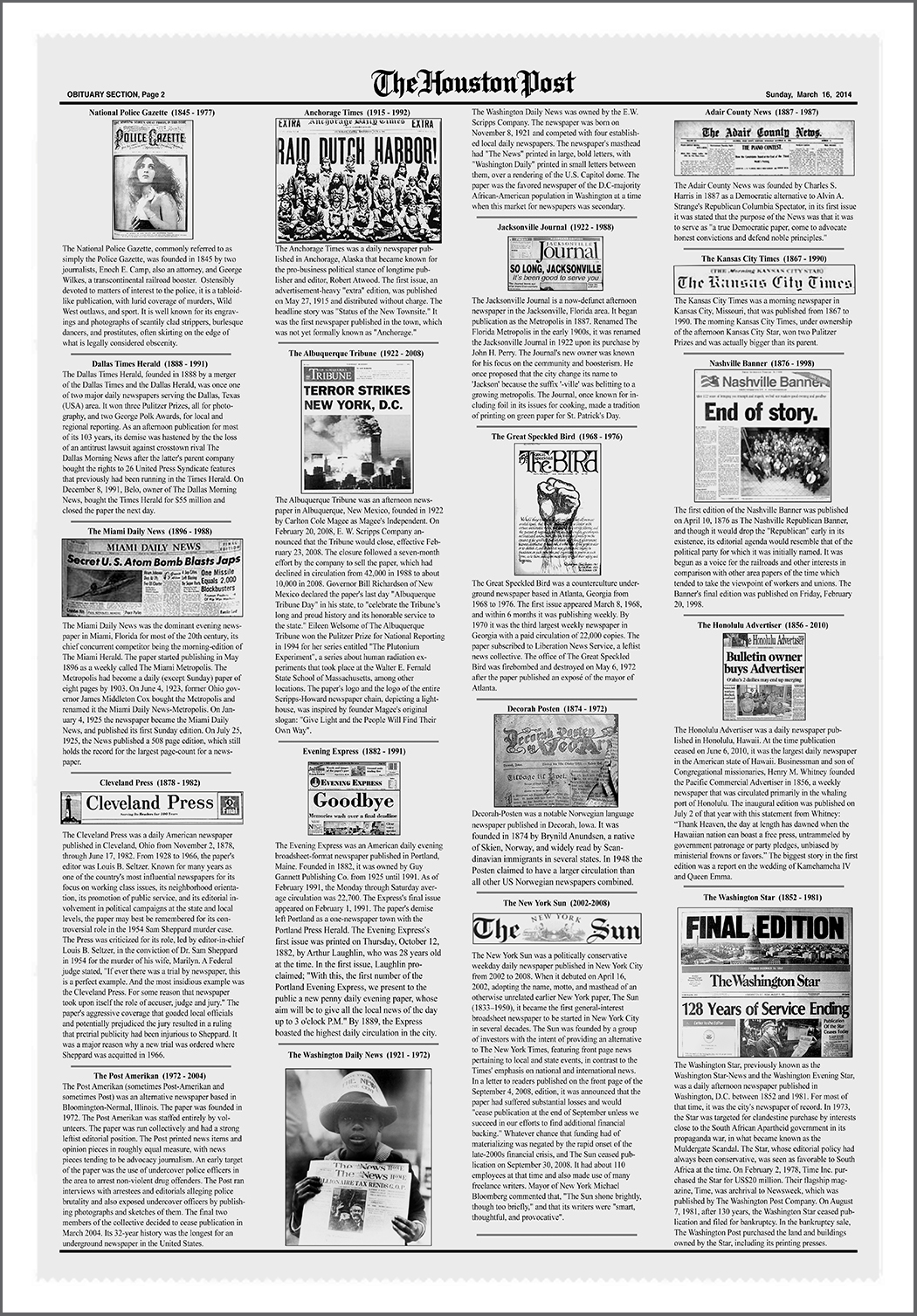 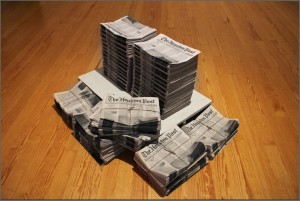