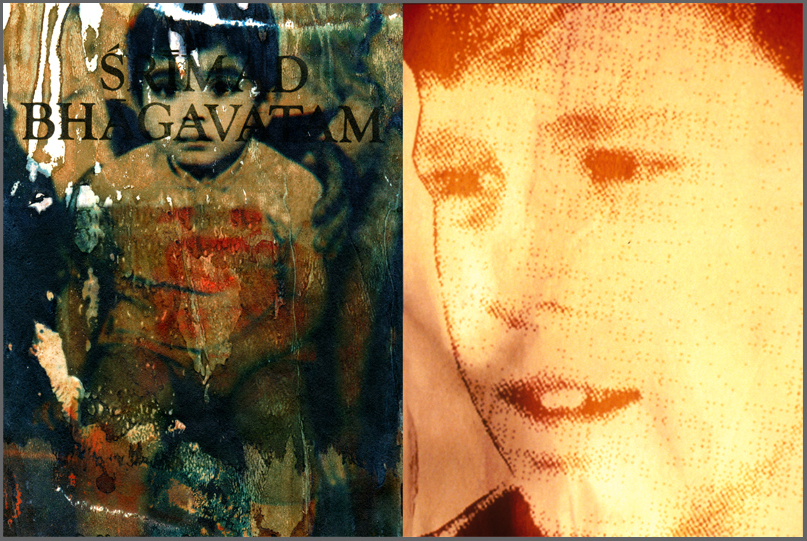 InterSect attempts to use history, personal and social, as a source for cultural criticism. The impetus for this work is very personal in nature and has come from experiences that have made me question lines of demarcation based in culture and race.   Although I am Kerala Christian, I wanted to play into western cultural expectations and notions of a pre-defined Indian holism and chose the texts of the Bhagavad-Gita and Bhagavadam as the foundation for this work. I reconstructed its chapters to speak about my experiences of reconciling being an Indian living in the United States.

From this ground, I incorporate and juxtapose my family album images with images of characters from classic American television shows in hopes of creating a dialogue between messages of fact and fiction, between myth and reality, and the immeasurable space in-between.

This series was originally a hand-made book consisting of Polaroid emulsion transfers onto the pages of the Gita combined with images created digitally of the television programs.  I later printed some of the pages as large scale photographs.  Unfortunately, I gave this book away and now only a few of the original pages remain.

Of note, I started this series at a time when digital art was still not fully embraced by the art and photographic communities.  To battle this question of the validity of the medium, artist’s began taking digital files and printing them in historic photographic processes.  I think they did this to somehow validate the new digital the medium.  I chose to go the opposite route, and take alternative processes and place them in a digital space because I felt: 1) the argument against digital work was weak at best; & 2) digital space was the natural place for historic photographic processes to be combined seamlessly.  Although commonplace now, I was one of the very first artists in the 90’s to take alternative photographic processes and place them in a digital space.  This series came out of those early explorations. 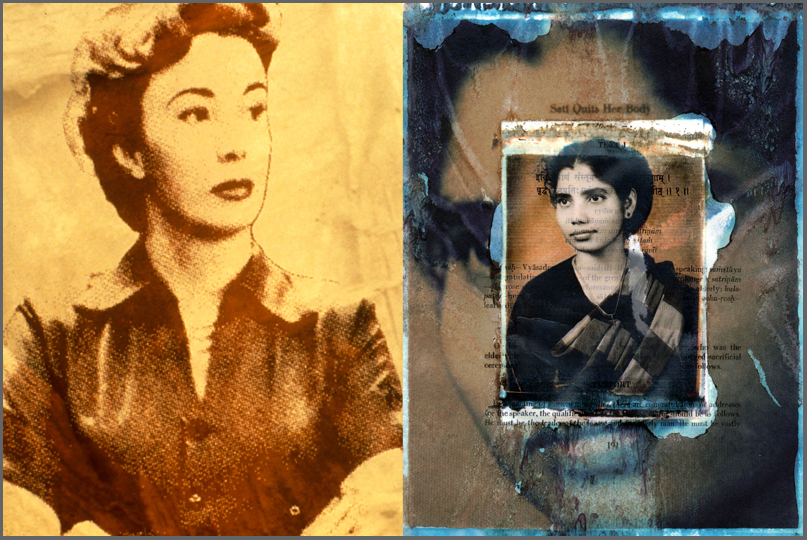 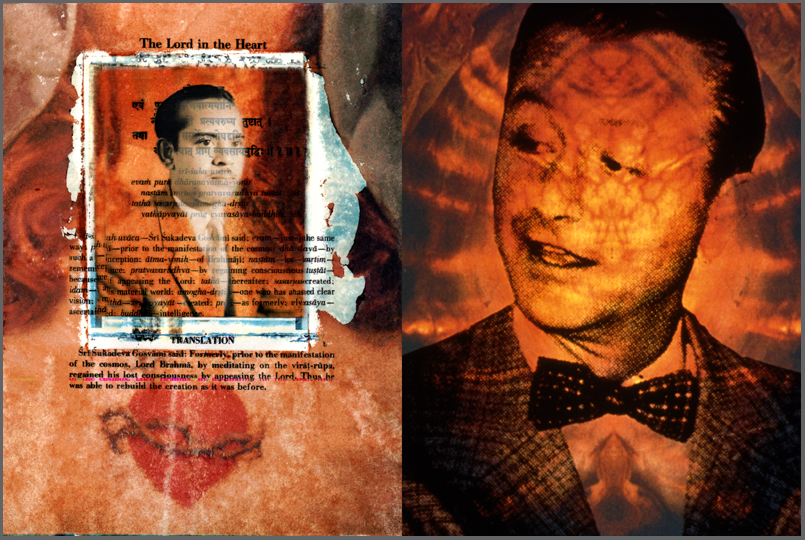